This speech by the Nationals Deputy Whip, Mr George Christensen, is reprinted from the House of Representatives Hansard, 25 February 2016. Since it was given, the Turnbull Liberal Government has made some helpful modifications to the worst parts of the Safe Schools program and has not committed to fund it beyond next year; Bill Shorten and Labor have pledged to support the original program if elected to government; the Greens have pledged more money to promote the program as much as possible; and the Victorian Labor Government has provided internet access to the unamended program to spite the federal government and parents and Christians.

I rise as a voice for the thousands of parents who have been shocked when they discovered how the ironically named Safe Schools program is indoctrinating their children. When those parents consider just how unsafe this program is, they will wonder why the federal government is allowing it to be implemented in schools, much less spending $8 million of taxpayer money to fund it.

The things that the Safe Schools Coalition Australia are recommending to school students include pornographic web content, sex shops, adult online communities and sex clubs. The Safe Schools “All of Us” teaching resource directs students to the LGBT organisation Twenty10. On 19 January this year, Twenty10 hosted a hands-on workshop for youth on sex toys and sadomasochistic practices. All of Us also directs students to the website of the LGBT youth organisation Minus18, which produced most of the Safe Schools resources. Minus18 advised the students on chest binding, penis tucking, sex toys and sex advice such as “penis-in-vagina sex is not the only sex and certainly not the ultimate sex”.

Safe Schools recommends the transgender organisation Seahorse Club Victoria, which in turn recommends the Abode fetish club. Abode is located at the same address as The Parlour Lounge sex club, which provides sadomasochistic entertainment and rooms for sex.

If parents knew their children were being exposed to this type of material, they would probably not let them go to school. If someone proposed exposing a child to this material, the parents would probably call the police because it sounds a lot like the grooming work that a sexual predator might undertake. Child and Adolescent Sexual Assault Counselling Incorporated is a New South Wales peak body for child sexual assault counselling. This is how that body describes the process of grooming:

That all sounds very familiar. The Safe Schools program focuses heavily on child and teenage sexual activity and sexual attractions; justifies almost any sexual activity; diminishes possible risks and harms; encourages young people to hide their activities from their parents; and provides links to adult sex clubs, adult online communities and sex shops. What is more, the program portrays all of this as normal and wraps it up in a taxpayer funded package and calls it an anti-bullying campaign. The Safe Schools program is in fact an unsafe schools program and it leaves students open to being groomed on websites advertising adult sex venues.

I commend the government for undertaking a review of this program and I call on schools using this program to immediately suspend it pending the outcome of that review. I urge all members of this House, particularly those with young children, to take a close look at what Safe Schools is delivering. I seek leave to table two documents—a diagram and an explanatory sheet illustrating the external links of the Safe Schools campaign.

1. At this election, do not support the parties—the ALP and the Greens—who strongly support Safe Schools.

2. Regardless of who forms government, write to the Prime Minister and/or your federal members urging them to cease all funding for the Safe Schools program. 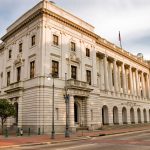 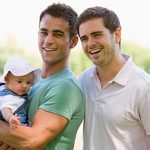