During the First World War, many houses in England displayed a small silver star in their front window. Each star was a sign to those who passed by that the family within had given a son to the war.

One night a father took his small boy out walking past the houses and into the countryside. It was an overcast night, so the heavens were blacked out—all except for one star, which shone brightly through a break in the clouds. The little boy looked at the star quietly for a moment, then asked, “Daddy, did God give a son, too?”*

Like the Wise Men who followed the star to Bethlehem, that little boy was very perceptive. For although God did not give a son to die in World War I, he did give a son—his only Son—to die in a far greater war. This is what Christmas and Easter commemorate.

The Bible teaches that there is a state of war between mankind and God. Being our creator, God is the rightful ruler of our lives. But we have rebelled against his sovereignty, offending him and hurting ourselves in the process. In word, thought and act, we have set ourselves up as God’s enemies.

Yet although God has every reason and all power to destroy us, he chose rather to befriend us. Instead of bringing the might of his anger against us, he brought the might of his love. He acted to end the war by sending his Son to earth.

Jesus Christ, God’s eternal Son, was born of the virgin Mary in Bethlehem on the first Christmas day 2,000 years ago. He lived a perfect life but died like a criminal on a cross. In fact, the purpose of his birth was so that he could die on the cross. Christmas was the first step towards Easter. From the cradle, the cross was his ultimate goal.

For it was through Jesus’ death that the war between mankind and God was brought to an end. The Lord Jesus died as our sacrifice and our substitute. He died on our behalf and in our place. He willingly suffered God’s judgment for our offences. He was declared guilty so that we could be declared innocent. He died so that we could live. In short, he made peace between God and mankind “through his blood, shed on the cross” (Colossians 1:20).

However, the peace that Jesus won with his death is not automatically granted to everyone. It is given only to those who personally receive him by faith as their own Lord and Saviour. The Bible declares that “God so loved the world that he gave his one and only Son, that whoever believes in him shall not perish but have eternal life” (John 3:16). Only those who believe in and submit to the risen Lord Jesus can enjoy peace and eternal life with God.

Writing to a group of Christians long ago, the apostle Paul explained: “Once you were alienated from God and were enemies in your minds because of your evil behaviour. But now he has reconciled you by Christ’s physical body through death to present you holy in his sight, without blemish and free from accusation” (Colossians 1:21-22). Thankfully, all people may experience the change these early Christians experienced. No one need continue as God’s enemy. Everyone may become God’s friend. No one need face the Sovereign Lord charged with treason. Everyone may stand in his presence free from accusation.

Christmas is a time to remember that God sent Jesus to be our Saviour. He “did not spare his own Son, but gave him up for us all” (Romans 8:32).

More than this, Christmas is an ideal time to accept God’s offer of friendship and peace. How? By surrendering to Jesus, the Prince of Peace! “For he himself is our peace” (Ephesians 2:14) the moment we trust in him. 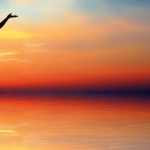 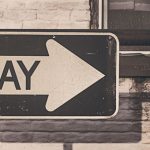