Christianity is an inclusive religion. In the fundamental matters of origin, nature, worth, sin and judgment, the Christian faith includes everyone in the same category. It maintains that: all people have been created by God; all people bear the image of God; all people are precious to God; all people have done things that are wrong in God’s eyes; and all people face God’s judgment because of their wrongdoing. In all these matters, Christianity makes no distinction or exclusion on the basis of ethnicity, gender, class or colour.

The Christian solution to the human predicament is called the “gospel”, the “good news”. And the gospel can be summarised in this way: God desires all people to be saved, and so he sent his Son to be the Saviour of the world, so that everyone who believes in him will be saved. Each part of this summary accords with God’s word, the Bible, and is worthy of further consideration.

The first part of Christianity’s good news involves God’s yearning for the eternal welfare of all people. Many passages in the Bible highlight God’s all-inclusive desire:

No one is excluded from God’s desire to save sinners. He wants all people to turn to him so that they might enjoy eternal life.

God loves all people and desires their salvation. But this is not where the matter ends. God did not merely desire our eternal welfare and then do nothing about it. On the contrary, he sent his own Son, Jesus, to make amends for our sins by his death on the cross.

The second part of the Christian good news, then, is that in Jesus God has provided a Saviour for all people everywhere. Again, many passages in the Bible highlight God’s all-inclusive provision:

No one is excluded from God’s provision for sinners. He sent Jesus to die for the sins of everyone.

God desires all to be saved, and to that end he sent his Son to be the Saviour of all. Yet salvation is not automatically given to anyone, but must be personally accepted by faith. To encourage this, God extends an invitation to all people to have faith in his Son.

The third part of the Christian good news, then, is that God invites everyone to come to Jesus to be saved. Again, many passages in the Bible highlight God’s all-inclusive invitation:

No one is excluded from God’s invitation to come to Jesus as Saviour. Everyone is invited, and those who respond in repentance and faith are assured of forgiveness of sins, rest for their souls and eternal life.

Jesus is unique. He alone has done all that God requires for our salvation, so he alone can save us. Many passages in the Bible highlight the uniqueness of Jesus as Saviour and reveal him to be the exclusive way to God:

According to the plain teaching of the Bible, only Jesus can save us from judgment and reconcile us to God. In all the earth there is no other name to call upon for salvation.

Some people take offence at the Christian claim that Jesus is the only one. But why should they, since he is the only one for everyone? None are excluded—none except those who exclude themselves by refusing to come to Jesus that they might have life.

Since God sent Jesus to be the Saviour of all people, it is perfectly reasonable that he requires all people to trust in Jesus to be saved. One for all is God’s provision: all for one is his proviso.

God desires all people to be saved, and so he sent his Son to be the Saviour of the world, so that everyone who believes in him will be saved. This is the good news, the gospel of hope at the heart of the Christian faith.

And it is good news for everyone. God has no favourites. He sent one for all. And that one is Jesus. 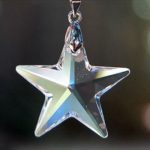 A Son to the WarAndrew Lansdown