Something heartbreaking happened to a family at Black Point one Easter.

Black Point is an isolated place, accessible only by four-wheel-drive, on the south coast of Western Australia, and the Stallard family travelled there to fish.

The parents, Ron and Debbie, lived in the south-west of the state, but their two sons, 25-year-old Paul and 19-year-old Andrew, lived in Perth. So the fishing trip was something of a family reunion, too.

But it all went terribly wrong that Easter Saturday while the family was fishing from the rocks.

Debbie slipped and fell into the sea, and a wave swept her out.

Paul immediately dived into the water to help her. He managed to get hold of her but he was unable to bring her back to the shore.

Andrew also dived in to help. But even together, the two sons could not counter the current. They could not bring their mother back to safety.

Ron threw a rope to his family. His sons caught it and began to tie it around their mother. But before they could secure it, a wave crashed over them, ripping the rope from them, and sweeping them further out to sea.

Ron ran for help and found a fisherman who radioed the State Emergency Service. But by the time he returned, his family was gone, gone out of sight, gone out of this life.

Yet for all his grief, Ron must find lasting consolation in the nobility of his sons’ actions. What courage they displayed in their attempt to save their mother! What love they demonstrated towards her!

The Bible teaches that, spiritually speaking, we have all gone to Black Point and we have all slipped and fallen into deep waters. We are all floundering in the sea of our sins. We are all being washed further from the shore by the back-swell of our wrongdoings. We are all in need of someone to save us before we are overwhelmed by sin, guilt and judgment.

Seeing us in our distress, God the Father sent his Son to save us.

His Son put aside his eternal glory and entered into our humanity to become the man Jesus Christ. Jesus’ sole purpose in coming to earth and becoming a man was to rescue us from the power and the penalty of our sins.

Just as Paul and Andrew laid down their lives for their mother during Easter, so on the first Easter “Jesus Christ laid down his life for us” (1 John 3:16).2 And, again like Paul and Andrew, Jesus was moved by love and acted with valour.

The similarities between Ron’s sons and God’s Son are striking. But so, too, are the differences.

Firstly, Jesus’ death was not accidental. It did not occur because of some unforseen circumstance or some tragic miscalculation. Rather, it was a necessary and intended part of the rescue. Jesus did not try to save himself in the process of saving us. He knew all along that our rescue would cost him his life.

Secondly, Jesus’ death was not natural. He did not sacrifice himself for a loving relative but for unloving strangers. Our love did not draw him to our rescue—because we never loved him. Our moral nature was the opposite of his, and our affection was for anyone but him. And yet “while we were still sinners, Christ died for us” (Romans 5:8). It was not a natural sacrifice, but a supernatural one.

Thirdly, Jesus’ death was not in vain. He did not make a valiant but ultimately futile attempt to rescue us. He succeeded in his attempt. He came expressly to make an exchange—his death for our life. And by his death he settled our debt to God, thereby opening the way for us to be reconciled to God.

Fourthly, Jesus’ death was not final. He did not remain in the grave. Within three days of his crucifixion and burial, he rose again. His soul was restored to his body and his body was restored to life and health. His resurrection demonstrated that his Father had accepted his sacrifice on our behalf.

Long ago, King David said, “The waves of death swirled about me; the torrents of destruction overwhelmed me. … In my distress I called to the LORD; I called out to my God. … He reached down from on high and took hold of me; he drew me out of deep waters” (2 Samuel 22:5, 7, 17).

Those who trust in Jesus can say the same thing today. For it is by the nail-scarred hands of his Son that God reaches down to draw us out of the deep waters of our sins when we call out in repentance and faith to him.

1. See reports in The Australian and The West Australian on 21 April 2003.

2. The quotations from the Bible are from the New International Version. The name in brackets after each quotation refers to one of the sixty-six books that make up the Bible, while the numbers refer to the chapter and verse(s) of that book.

About Becoming and Being a Christian

The Bible teaches that God created human beings in his own likeness, giving us moral, mental and emotional qualities that cannot be found among any of the other creatures on earth. He made us special in order to have a special relationship with us. However, our wrongful thoughts, words and actions have alienated him and have provoked his anger. And, sadly, we are unable to make amends by our own efforts. No action or ritual we perform can undo the wrongs we have done or prevent us from doing more wrongs in the days ahead. We cannot through our own exertions repair our relationship with him or cancel his condemnation of us.

Yet God loves us still and has acted to save us from his judgment and restore us to his friendship. He sent his Son, Jesus Christ, to set things right. After living
a perfect life, Jesus died in our place and on our behalf. On the cross, he assumed our sins and endured our punishment. In this way, he made it possible for us
to bear his purity and share his destiny. God showed
his approval of Jesus and his acceptance of Jesus’
sacrifice by raising him from the dead and taking him back to heaven.

Jesus has done everything that needed to be done to make us right with God. To benefit from his sacrifice, we must believe in him. We must trust in him as Saviour and entrust ourselves to him as Lord. “For God so loved the world that he gave his one and only Son, that whoever believes in him shall not perish but have eternal life” (John 3:16). Indeed, “if you confess with your mouth, ‘Jesus is Lord,’ and believe in your heart that God raised him from the dead, you will be saved” (Romans 10:9).

Once we believe in Jesus and are saved, there are certain things that we should do, and will want to do, to please our Saviour. With God’s help, we should: 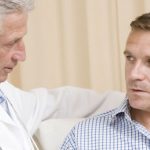 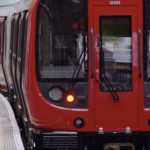