A man cannot be a father without a woman, and he should not be a father without a wedding. This is why in Ephesians the apostle Paul does not address fathers until he has first addressed husbands and wives. He begins, “Wives, be subject to your husbands”. He adds, “Husbands, love your wives”. He continues, “Children, obey your parents”. He concludes, “Fathers, do not provoke your children to anger, but bring them up in the discipline and instruction of the Lord.”

A family begins, or ought to begin, with a man and a woman who are morally and legally united as husband and wife. It is within this context that sex is enjoyed and children are born. The husband-wife relationship is the foundation of the father-child relationship.

In order to provide for his children, a man must first provide for his wife. While the children are young and dependent upon their mother, it is a father’s duty to earn the family income. This stands to reason when we consider the constraints placed on a mother by pregnancy, childbirth, nursing and nurturing. A woman cannot carry on all her former activities during these times. She is physically unable to do so. Her husband has an obligation to meet her needs during these times so that she can meet their children’s needs.

While women rightly take their place in the paid workforce, they should not be expected to continue outside employment when they become mothers. Of course, some women may be compelled to go back to work for financial reasons, while others women may desire to go back for personal or professional reasons. In agreement with their husbands, let such women do what their needs or aspirations demand and their consciences permit. But many women do not want to go back to work. On entering motherhood, they desire to leave paid employment to devote themselves to their children. These women should not be forced back into the workplace. Their desires should be respected by all, especially their husbands.

Fathers should provide mothers with the opportunity to mother their children. Infants need constant and intimate care; and the person best suited to give that care is the mother. While other people can stand in temporarily, no one but the mother can discharge the duty entirely—not even the father.

In an article in Quadrant magazine, Anne Manne describes in deeply moving terms how and why she chose to set aside her career as a university lecturer and researcher in order to care for her children over the first dozen or so years of their lives. She states:

Many women, distinguished, homely, exceptional and ordinary, often describe the process of bonding [between mother and child] as a kind of “falling in love” …

When I considered going back to work, it was not only that my children, having not read the equal opportunity handbook in the womb, had other ideas. It was also that my priorities changed. … what had seemed a reasonable course of action before birth—using daycare—now seemed unthinkable in relation to this tiny human being …

When I worked one day a week after the first few months, leaving our baby in the care of her father, although I found the morning a welcome break … by the afternoon I was gripped by feelings of anguish, experiencing an overwhelming desire to be with my baby. We would come together again into one another’s safekeeping with the pleasure and intensity of lovers. If my children’s instinct was to keep me close, mine was to keep them close.1

Fathers need to recognise that mothers have an overwhelming desire to be with their children and to keep them close. This is a mother’s God-given instinct. And a father’s responsibility is to ensure that this instinct, this desire, can be fulfilled. He must provide a stable environment for his wife to lavish love on the children, for her own well-being and for theirs.

Generally speaking, when a woman becomes a mother, her priorities change. This change should be acknowledged and honoured. Indeed, if we are to treat men and women with equal respect, we must respect the different ways in which men and women experience parenthood. Motherhood is not the same as fatherhood. And one of the functions of fatherhood is to ensure that motherhood can be practised with joy and devotion.

There is a pressing need in our society to provide mothers with the opportunity to mother. Recognising this need, a man should not put pressure on his wife to return to paid employment after childbirth. Rather, he should acknowledge the special bond between mother and child, and do all in his power to preserve and strengthen that bond. This will require him to be the family’s “sole bread winner”—a role which is often misrepresented as chauvinistic, but which in fact involves sacrificial love deserving of high praise.

In the process of providing his wife with the opportunity to mother their children, a husband must also protect her against influences that are hostile or harmful to family life. One such influence is feminism, which has fostered widespread prejudice in our society against women who choose to make a vocation of motherhood.

Feminists would have us believe that motherhood does not—and certainly should not—make much difference to the way a woman feels and thinks. They deliberately empty the mother-child relationship of its meaning by describing it as the “home based provision of such services as child care”. One prominent Australian feminist, Eva Cox, has “likened caring for children to such leisure activities as making jam”.2Eva Cox has also allegedly stated that “Any mother who is not back in the workplace when her child is 12 months old is a bludger on society.”3 This contempt by feminists for motherhood is nothing short of a contempt for women. And many mothers today suffer a dreadful loss of self-esteem because of it.

The noxious influence of feminism is so pervasive in modern society that, according to Anne Manne, women who spend time out of the workforce

often experience social shame in being “just a mother”. The media, particularly, over-represented as it is by career women, not only continually overstates the number of women in the workforce with young children, but also gives a strong sense that to get out of [the workforce] is to be a social fossil. It is our generation’s version of being “left on the shelf”. … And it is a peculiarity of modern times that the woman who looks after someone else’s children has more social approval than the woman who looks after her own. Recently, a friend met a woman who, heavily pregnant, told her of her plans to go back to work straight away. The task of looking after [a baby], changing and washing all those nappies was too humdrum for her, she said. What was her occupation, my friend enquired? A hospital orderly—you know, the ones who change the babies’ nappies in the nursery, while the mothers rest!1

“For my own part,” Anne continues, “it was amusing to notice that while I have worked at all kinds of jobs … I have never received the kind of social disapproval, particularly from the elite, for any of those jobs, that I have experienced in looking after [my] young children.”

Anne rightly points out that, thanks to feminism, child-rearing has come to be regarded “as an obstacle to [a woman’s] fulfilment, and the child as a kind of nuisance, preventing participation in the main game.” To illustrate this sad fact, she recorded the following anecdote:

At a child’s birthday party recently I listened to a conversation between two women home with, between them, six children under five. Their children are a credit to both of them. They were talking to a career woman with one child who had spent his life since a few weeks old in childcare full-time … The inevitable question came: “What do you do?” “I have my own office,” she replied, with great pride. The other women looked abashed. “I don’t do anything really,” said one. But then she brightened. “I do try to get to the gym a few times a week.” The other just looked defensive and spoke of her intention to go back to work “soon”. They were ashamed of themselves. A slow smile of superiority slid across the face of the career woman.

Though it is unlikely that they will ever work harder in their lives, and though little “work” could be more important, they felt themselves to be doing nothing. We now live with a frame of values in which what these women are doing has become invisible even to themselves.2

Husbands have a duty to protect their wives from the social disapproval generated by feminism against women who devote themselves to mothering. Mothers in the home are suffering a tremendous assault on their own sense of dignity and worth. A husband should support his wife in her work, encouraging her to see the value of her role as a mother, and boosting her self-esteem. A father can do no better by his children than to affirm the value of their mother.

A man cannot love his children well without prizing their mother highly. This, then, is his first duty as a father. Or to put it another way: The first duty of fatherhood is to facilitate motherhood. First and foremost, a father should provide for and protect the mother of his children. By doing this he will enable her to nurture their children in a way that gives both her and them security, satisfaction and self-respect.

1.Anne Manne, “A Reflection upon Re-entering the World”, Quadrant, June 1994. 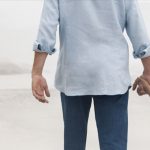 The Origin of FatherhoodAndrew Lansdown 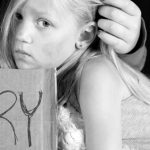