In December last year, Life Ministries was represented by Dwight Randall and Andrew Lansdown at a rally of about 60 people (including regular Life News contributor, Professor Augusto Zimmermann) outside the Pakistani Consulate to petition the release of Asia Bibi, a Christian woman sentenced to death for drinking from a cup belonging to some Muslim women. Unable to attend the rally due to ill health, eminent writer and commentator, Hal Colebatch instead wrote this impassioned article, which reminds us of the plight not only of Asia Bibi, but of all Christians in Muslim lands. [AL, Ed]

For those who came in late: nine years ago, Asia Bibi, a poor village woman and the mother of five children, was picking fruit in a Pakistan field with several other women on a scorching day when the others told her to get them a drink of water.

She did so, and took a drink from the cup herself. But she was a Christian and the other women were Muslims.

In that dusty, baking field in Pakistan an altercation ensued and Asia Bibi was accused of polluting the water by touching it. On the testimony of two of the women, who surely knew what they were doing, she was tried and sentenced to death for blasphemy. If, as huge crowds are demanding, she is lynched, it will be a giant victory for barbarism and savagery around the world.

And so the case of this poor village woman has become, like the tiny jewel bearing on which a vast safe-door turns, a crucial test for the strength of the whole value-system of the enlightenment, of Christianity and of Western civilization itself.

It is as if this humble vessel were chosen to be the instrument by which Christianity and the West were put to the acid test. If we fail, all our legal maxims—the presumption of innocence, double jeopardy, equality before the law; freedom of thought and religion, separation of church and state, rationality, etc—will be grossly weakened, and if and when they go the whole heritage of the Western enlightenment goes over the cliff with them.

Asia Bibi’s “crime” occurred nine years ago. She has spent the intervening nine years in a windowless cell, unable to see her husband or children, while her appeal against hanging has ground its glacial way through the courts.

Other countries have also had a moral responsibility for abandoning Asia Bibi—mainly, perhaps, America. But it was Britain which was the colonial power when Pakistan’s anti-blasphemy laws were drawn up. This does give Britain a special role when those laws—intended to aid communal peace—are used to bring about the Final Solution to Judeo-Christianity there. British and world Christian leaders have been silent (her Pakistani defenders have shown more courage).

Two Pakistani officials, including a provincial governor, who tried to help her have already been murdered, the murderers (one being the governor’s own body-guard) being hailed by huge crowds as heroes and martyrs.

Her lawyer has fled the country. The lives of the acquitting judges, Court President Mian Saqib Nasir and Judge Asif Khosa, are in extreme danger. Muslim leader Muhammad Afzal Qadri told a frenzied mob in Lahore. “Either their security should kill them, their driver kill them, or their cook kill them … Whoever who has got any access to them, kill them …”

As soon as the verdict of “not guilty” was announced, mobs, 11,000 strong in one case, took to the streets, demanding that Asia be hanged anyway, acquittal or no acquittal, while Christians hid. While she was in prison other convicts tried to strangle her. What is it in the beliefs of these people that they turn out in thousands to demand a mother be publicly hanged or beheaded for such an “offence”?

Other mobs blocked roads and stopped trains in case an attempt was made to smuggle her out of the country to safety. Small children were encouraged to use their dolls to hang her effigy.

In fact, it seems she has actually been prohibited officially from leaving the country, though details are uncertain.

But it is obvious that to force her to remain in Pakistan is the equivalent of a death-sentence anyway. The cynical might, of course, say that her lynching would solve a problem for the government. Probably no-one else can visualise the terror she is living with.

No-one on Earth has better credentials to be treated as a refugee, which, according to the UN definition, is someone with a well-founded fear of persecution.

Bibi’s husband, Ashiq Masih, has also released a video message: “I am requesting the Prime Minister of the UK help us and as far as possible grant us freedom.”

However, representations to the British Government brought a negative reply.

Was there a more craven missive ever offered by a major power? And by the country which defied Hitler alone and whose previous Prime Ministers included iron men of the calibre of Winston Churchill and the Duke of Wellington, men who championed good against evil!

A spokesman for the Pakistani Christian Association said: “The UK government had concerns that her moving to the UK would cause security concerns and unrest among certain sections of the community and would also be a security threat to British embassies abroad which might be targeted by Islamist terrorists.”

Robert Spencer, author of a recent book on Jihad, and the weblog Jihad Watch, commented:

So Theresa May’s Britain is now allowing Islamic jihadist threats of violence to determine its policies. This posture of submission bodes extremely ill for the future.

May should be forced to resign over this alone, but of course Corbyn will be even worse. A Pakistani Christian woman’s appeal to Britain for asylum has been denied because her arrival in the country may stir civil unrest.

Suddenly the nostrums and absurdities of the “Greymen” seem hardly relevant. Absolutes remain. We know little about Asia Bibi, save that she seems a woman of faith and great courage. We know more about her screaming persecutors: this is as close a thing to absolute evil as Nazism or Stalinism. While it is hard to prescribe what the West can do, it had better do something. The consequences of doing nothing will be even worse than the murder of one innocent woman.

This article was first published in The Spectator. Since it was written, Asia Bibi has been offered asylum in Canada. Although her children are now in Canada, Asia and her husband have not been permitted to leave Pakistan and live in hiding in fear for their lives. 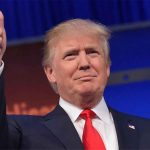