Answers to questions asked in Western Australia’s Parliament have revealed that 59 adolescents received Stage 2 medical intervention for childhood gender dysphoria at Perth Children’s Hospital in 2018 – treatment that is at best experimental and at worst medically negligent.

Those answers also revealed that the average cost of that treatment was $7,225. But it is worth pausing to consider what the true cost is.

The evidence that supports medical intervention for childhood gender dysphoria is disconcertingly scant. Specific areas of uncertainty include the effect of pubertal suppression during a critical window of time in which the adolescent brain is developing and bone density is accruing.

The current treatment regime can also lead to sterility, since endogenous oestrogen and testosterone are required for an individual’s gametes to mature. The final stage of treatment for gender dysphoria is sex-reassignment surgery, which is irreversible and not recommended until a patient reaches the legal age of majority.

Yet, according to Dr John Whitehall, Professor of Paediatrics at Western Sydney University, at least five girls in Australia have undergone bilateral mastectomy before reaching the age of eighteen.

Current evidence shows that, while puberty-blocking treatment successfully halts the physical changes of puberty and is associated with changes across various emotional and behavioural domains, it has not been shown to relieve gender dysphoria and researchers caution that more research is required.

Questions need to be answered about why a relatively new puberty-blocking treatment is being promoted as the standard of care, and why the numbers of adolescents receiving such treatment is exceeding two a month in Western Australia alone.

The Perth Children’s Hospital Gender Diversity Service was founded in July 2015. Prior to this service being founded, in 2014, some 51 patients were known to the unfunded service in some way and were offered assessment or treatment. Of these, three adolescents were on stage 1 puberty-suppression treatment.

In the first proper year of service, only one person was receiving puberty blockers. That is known as Stage 1. In 2016 that number jumped to 14 adolescents, in 2017 it doubled to 28; and, by September 2018, it had increased to 35.

Stage 2 treatment involves gender-affirming hormone treatment, and there were 36 adolescents receiving it last year. The systemic increase in numbers is confronting. There was one person in 2015, three in 2016, six in 2017, and then the number escalated remarkably to 36 by September 2018.

The “Australian standards of care and treatment guidelines: for trans and gender diverse children and adolescents” states:

These psychiatric comorbidities must be resolved before physical treatment is commenced for two reasons: first, because the effects of the treatment are irreversible; second, because adolescents need to be protected during a time when understanding consent and the future ramifications of that consent is compromised by these comorbidities.

Slowing down to consider properly how we should approach this complex issue is crucial, especially in light of the many stories of regret that are emerging.

What procedures and practices are being used by Perth Children’s Hospital gender diversity service to attract, engage with and assess children and adolescents? What information is being provided to would-be customers and their parents? What independent oversight and long-term assessment is being done of those individuals who undertake these programs?

In the lead-up to the last West Australian state election, WA Labor released a manifesto in which Mr McGowan’s team stated that they would “take steps to ensure that the gender-reassignment process is as streamlined, efficient and expedient as possible”. Is it justifiable to make a highly contestable medical process on children more efficient and expedient?

Hormones and surgeries do not transform anyone into the opposite sex, no matter how closely one identifies with that sex. Sex is a biological scientific fact, recorded on West Australian birth certificates, that experimentation can mask but ultimately never authentically change.

Printed with permission from News Weekly. 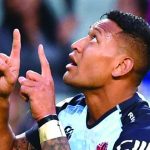